Current projects (please go to „work in progress“ or the project websites for papers) :

WELFAREPRIORITIES is a project funded by the European Research Council (ERC) running from September 2017 to March 2023. The goal of the project is to rethink social policy conflict. In times of austerity, the politics of the welfare state involve tough choices and even trade-offs: whose risks should benefit from social solidarity in a context of shrinking resources? Should the welfare state prioritize the needs of the elderly or those of the young? Those of people in the workforce or outside of the workforce? Of natives or of immigrants?

How countries answer these key questions depends on the welfare state priorities of citizens, political elites and economic elites. However, we know still very little about these priorities and their determinants, and we know even less about the mechanisms that foster support for social solidarity – i.e. support for inclusive social security beyond self-interest. This project wants to make use of recent methodological advances to investigate precisely these priorities and mechanisms.

The project has two phases: the goal of the first phase is to identify the most salient distributive conflicts and welfare trade-offs in eight European countries via observational and experimental survey data in 8 West European countries (Denmark, Sweden, Germany, Netherlands, Spain, Italy, UK and Ireland). The second phase goes beyond conflict towards coalitions. It identifies the factors that foster support for social policies among those social groups who are unlikely to benefit directly from these policies themselves.

Electoral politics in advanced democracies have undergone major upheaval in recent decades. The last fifty years have seen the rise of culturally connoted identity politics and the relative decline of political conflict over economic state intervention. Party politics in many countries have changed beyond recognition. Strands of social cleavage theory constitute comprehensive attempts to make sense of these developments. They posit that socio-structural divisions are translated into politics through the mobilization of shared collective identities. However, many studies of social cleavages operate with outdated notions of socio-structural categories and mobilization patterns.

Our project integrates theories and concepts of social identity theory, political psychology and social cleavage theory to study the formation of group identities, their mobilization and the formation of new cleavages structuring electoral politics in the 21st century through public opinion surveys in Germany, the UK, Switzerland and France.

In Zurich, the TECHNO team consists of myself, Thomas Kurer and Reto Bürgisser

TECHNO (2020-2024) addresses political consequences of rapid technological progress and explores how technological change in the workplace contributes to ongoing deep political transformations, the adoption of policies to address change, and the political consequences of such policies. The project should also result in recommendations of politically viable and effective policies to help workers and communities adapt to a fast-changing economic landscape and increased insecurity.

The Project is a cooperation between four research teams, led by

The Transformation of Social Democracy and the Left in Europe

I work on the transformation of Social Democracy in several complementary contexts:

Jointly with Profs. David Dorn (director), Nir Jaimovich and Matthias Mahlmann, I co-direct the UZH Research Priority Program “Equality of Opportunities”. The URPP Equality of Opportunity aims to investigate the economic and societal changes that give rise to inequality. The researchers involved in the program will also analyze legal frameworks and political measures that help to increase equal opportunities for all members of a society.

At IPZ, I participate with a sub-project in this URPP, jointly with my colleagues Profs. Stefanie Walter and Tarik Abou-Chadi. We study the politicization of economic inequalities and their political implications.

This project will assess the political conditions for the development of social investment policies, investigate the politics of Social Investment in Europe, Latin America and East Asia along the following three questions:

Under what conditions can welfare states be reformed? More specifically: how can established social policy programmes be adapted to changing demographic, economic and social constraints? These are the key questions in today’s welfare state politics, and they have consequently become the key questions in political science research on the welfare state. In this research project, we made use of the exceptional conjunction of theoretical advances in the relevant literature, methodological innovation in public opinion research and the unfolding of the most ambitious and encompassing pension reform in Switzerland in decades to provide answers to precisely these questions
With regard to the literature on welfare state reforms, one of the key insights of research over the past decade has been that welfare politics are multidimensional. This means that individuals are not just “in favor or against social policy”, but they hold specific preferences for different aspects of social policy. One major difficulty – for researchers as well as policy-makers – is, however, that the relative importance that individuals or social groups attribute to these different dimensions is almost impossible to observe reliably in standard survey analysis. Conjoint analysis is an experimental survey method that allows to measure whether changes in the composition of a reform package lead to sizeable shifts in support among the public as a whole, or among specific groups. The Swiss pension reform “Altersvorsorge 2020” was an ambitious attempt at reforming the entire system of old age income protection. It therefore provided the perfect opportunity to combine the insights in welfare state theory regarding multidimensionality with conjoint analysis. We conducted a panel study which accompanied the political reform process.

Crisis of democracy? Party politics and representation in times of austerity (2014-2017)

This research project analysed European parties’ policy strategies during the recent economic crisis. The crisis puts into question whether political parties are still able to provide voters with meaningful democratic choices. This research project first investigated whether we find convergence or polarisation of parties’ policy offerings with regard to macroeconomic policy, and second, it analysed parties’ responsiveness to their voters’ demands. More specifically, we proposed to study two aspects of parties’ policy strategies: the issues they emphasise and their macroeconomic policy positions shortly before and during the crisis. The research draws on a variety of different data sources from 25 European countries in the time period between 2005 and 2012.

Years of Turmoil. The Political Consequences of the Financial and Economic Crisis in Europe (2013-2017)

This project was concerned with the political reactions of European citizens to the financial disaster and the harsh economic consequences that hit them from the late 2008 onwards. Starting from a political economy perspective, we asked how European citizens reacted towards the crisis and what implications these individual reactions had for the variation of protests at the societal level. By integrating previously separate research on social movements, economic voting and social risks, we offered an encompassing analytical argument to explain the variation in protest reactions across Europe.

with Hanspeter Kriesi and Dominik Geering

This project dealt with the electoral transformations of political parties in advanced post-industrial democracies and investigates the consequences of electoral change on distributive politics. It linked recent research on the transformation of party systems and party competition with current theory and research on institutional change.

Winners and losers in post-industrial societies: the politics of dualization (2011-2013)

with Hanna Schwander and Thomas Kurer

We worked on the dualization of labor markets and welfare states in Western democracies. We wanted to know to what extent, why and with which political and electoral consequences post-industrial societies become more and more divided in insiders and outsiders. Work in this project is situated in two institutional contexts:
a) The project was linked the the EU Network of Excellence „Reconciling Work and Welfare RECWOWE“. From the collaborative research in this project, we published the book „The Age of Dualization. The Changing Face of Inequality in Deindustrializing Societies“ (2012, OUP). I am a co-editor, together with Profs. Patrick Emmenegger, Bruno Palier and Martin Seeleib-Kaiser. The book shows that dualization of labor markets and societies is not a mere structural trend, but rather the result of political decisions.
b) On dualization, I also worked with Hanna Schwander (University of Bremen) and Thomas Kurer (UZH), on the SNF-project „Who is in and who is out? The political representation of insiders and outsiders in Western Europe“ of which I am the main applicant (2011-2013, Grant number 100017_131994; 138’800.- CHF).

Modernization in Hard Times. Post-Industrial Pension Politics in France, Germany and Switzerland (2003-2008)
This project analyzed the conditions for successful pension reforms under the constraints of austerity and post-industrialization. It was my Ph.D. research project, which is out in articles and a book. 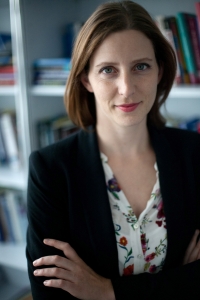